Chat with us, powered by LiveChat Skip to content

How close are we to flying cars?

Since the very first science fiction hit the shelves, the world has fantasized about flying objects. For nearly a century, books, radio dramas, movies, and television shows have depicted flying cars.

And the most famous flying car to date? Probably Doc Brown’s flying DeLorean – the time machine from the movie franchise Back to the Future. The movie’s second installment (originally set in the year 2015) introduced the concept of flying cars for every family.

Of course, this is just fiction. The real question is, how close are we, as a society, to creating and introducing flying cars? And can they be real?

What is an actual flying car?

Let’s make sure we’re all talking about the same thing. An actual flying car is a form of transportation that can drive on the roads traditionally, as hovercraft, or as low altitude flying transportation units.

The various units currently in development around the world typically use an engine of at least 200 horsepower, use wings to transition from road to aircraft, and hold two passengers. There are manufacturers who are looking to bring these vehicles to the commercial market, and others who are looking toward using them for aerial taxi services.

Is a flying car real?

At least nineteen companies are currently developing flying car plans. Some are for actual vehicles, and others are for services with flying cars. Three examples include the following:

A developer out of Slovakia, this company already has an actual flying car. AeroMobil 3.0, the flying car, is the core product of the company. It has been in development since 1989. In flight tests in 2014, it reached 124 mph and was determined to have the ability to fly for 600 kilometers on a full tank of gas. The vehicle can be parked in normal parking spots and fill up with fuel at normal gas stations. AeroMobil 3.0 gets 12 kilometers per liter in on the road driving mode.

Uber is working to create an aerial taxi service in Dallas, Fort Worth, Los Angeles, and Dubai. Uber’s vision is of an aircraft, which appears to be a plane-helicopter hybrid with fixed wings and tilt prop-rotors. The vehicles are designed to hopper passengers from rooftop sky ports to their destination at another rooftop sky port.

Woburn, Massachusetts-based Terrafugia Inc. has a prototype flying car that has completed its first flight, which brings the company closer to its goal of selling the Terrafugia Transition within the next few years. The vehicle has two seats, four wheels, and wings that fold up so it can be driven like a car. In March of 2012, it flew at 1,400 feet for eight minutes. Commercial jets fly at 35,000 feet.

Who was the first person to make a flying car?

Dr. Paul Moller, of Davis, California, has spent 40 years developing a flying car that can be affordably mass produced and be made available for consumer sale. He built his first prototype in 1967 in his garage. After making upgrades, he flew another model more than 30’ off the ground in 1989. It was a great accomplishment, but Moller knew it was just the beginning. He knew it needed not just height, but speed.

His latest creation accomplishes that goal – the Sky Car.

Moller estimates the vehicle averages 480 km/h at 25,000 feet and 320 km/h at sea level. The car has a different design than any other flying car currently in development. The car takes off and lands vertically while other flying cars need a runway. The Sky Car is also fully automated, allowing the passengers to relax while traveling to their destination.

It sounds like science-fiction, but Moller has created the pieces to make it reality. The engine weighs 30 kg. and has 200 horsepower. With the engine, fuel, car body, and two passengers of average weight, the entire vehicle weighs 725 kg. His first scheduled flight was in 2014.

How does a flying car work?

There are a variety of ways flying cars can take off.

As an example, The Terrafugia Transition can take off or land at any public use general aviation airport with at least 0,75 km of runway. Before flying, the pilot extends the wings and performs a standard preflight. The engine power is directed to the propeller for flight through a carbon fiber drive shaft. Upon landing, the pilot activates the electro-mechanical wing folding mechanism from inside the cockpit, and is then able to drive away.

The specifications of the Terrafugia Transition are listed as follows:

How much does it cost to purchase a flying car?

Unless you’re wealthy, you probably won’t be able to purchase a flying car any time soon.

The Terrafugia Transition, the only American based flying car that is currently considered in commercial development stages, will cost consumers an estimated $279,000.

Dr. Paul Moller, first person to debut a working model, has estimated his Sky Car will list for $500,000.

Beyond the cash cost, each version of the flying car is also known as a Light Sport Aircraft. The standards for LSAs govern the size and speed of the plane and licensing requirements for pilots; however, those licensure restrictions are far narrower than requirements for pilots of large commercial planes. An owner would need to pass a test and complete 20 hours of flying time to be able to fly the Transition.

Are there obstacles that will delay flying cars?

Beyond the high costs of the flying vehicles themselves, and the necessity to be licensed, there are still other obstacles to bringing flying cars to the roads and skies.

Other concerns, such as FAA regulations, have forced makers of flying cars to make upgrades and adjustments to their designs.

The Federal government has also become a part of the manufacturing process. The government granted Terrafugia’s request to use special tires and glass that are lighter than normal automotive ones, to make it easier for the vehicle to fly. The government temporarily exempted the Transition from the requirement to equip vehicles with electronic stability control, which would add about six pounds to the vehicle. The Transition is currently going through a battery of automotive crash tests to make sure it meets federal safety standards.

Once you get past rules and regulations of the various government agencies, there are still other things to consider. Inventor and engineer Elon Musk makes a very valid point that “there is a challenge with flying cars in that they’ll be quite noisy, the wind force generated will be very high, let’s just say that if something’s flying over your head, if there are a whole bunch of flying cars all over the place, that is not an anxiety-reducing situation. You don’t think to yourself, ‘well, I feel better about today.’ You’re thinking, ‘did they service their hubcap? Or is it going to come off and guillotine me as they’re flying past?”

Are you ready to ride the sky with flying vehicles?

It is clear from the research that personal flying cars are far from becoming an ubiquitous item in every driveway. From Uber’s individual flight aero taxis to the AeroMobil 3.0, the introduction of flying cars in society as a mass produced consumer product is still years away.  It is also clear that anyone hoping to own a flying car must be willing to put in the time and money to not only purchase the craft, but be licensed to fly it. There are still many issues that must be worked out before flying cars can become a reality.

This article is republished from IQS Directory: Are Flying Cars Coming to the Skies?

There is a dutch article on this site: Vliegende auto’s geen sciende fiction meer? 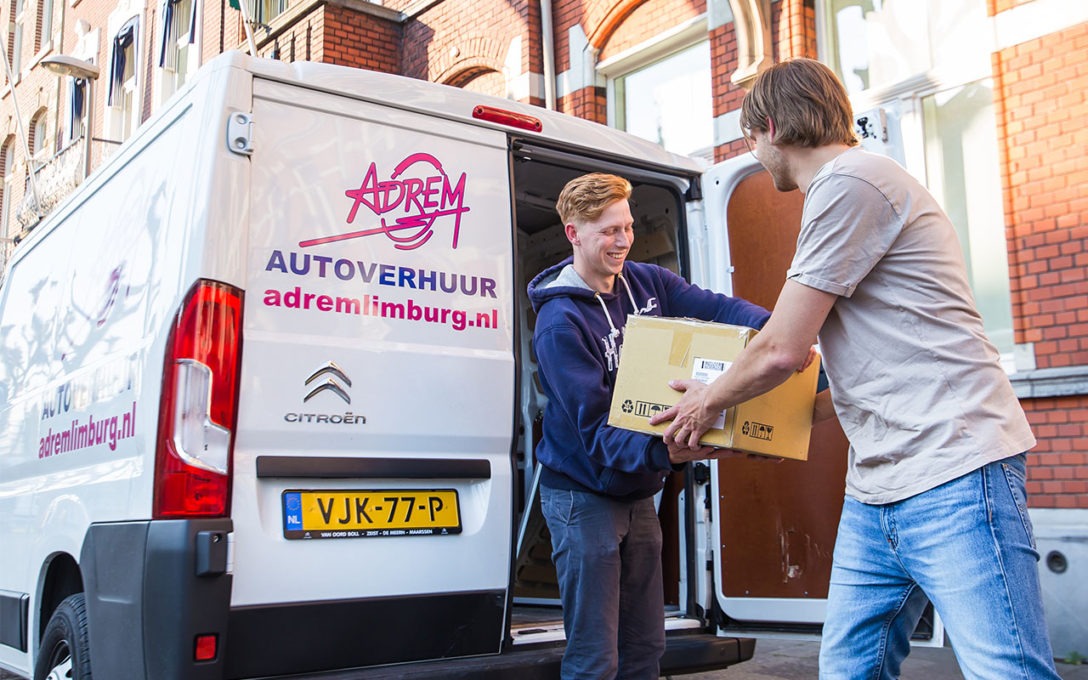 What is the Cost of Do It Yourself Moving?

Are you preparing to move? And are you considering a do-it-yourself move? Well, this is certainly one of the most… 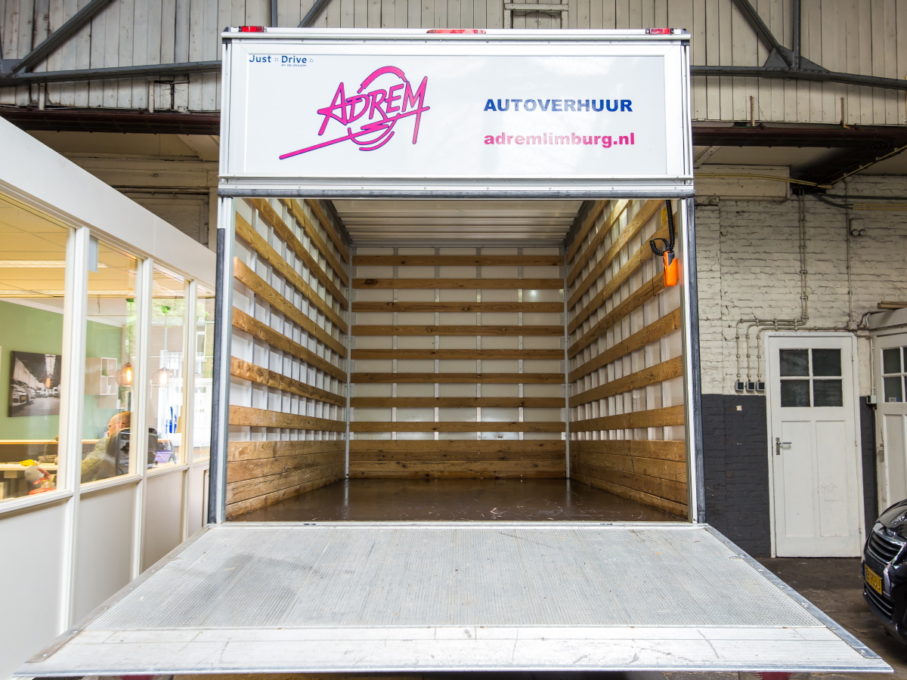 What to think when moving?

Moving is considered to be a thrilling adventure despite the painstaking, troublesome and stressful problems that it could offer. The… 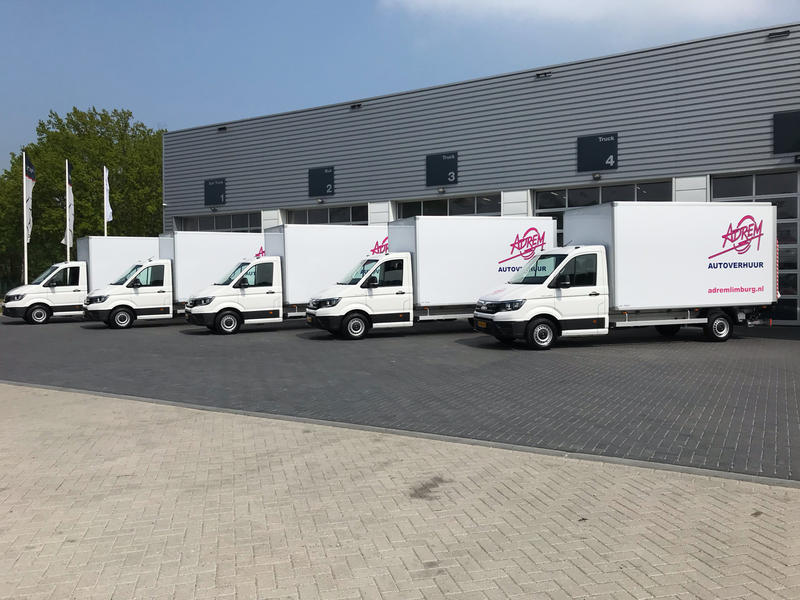 Checklist Moving: Renting a Van or Hire a Moving Company?